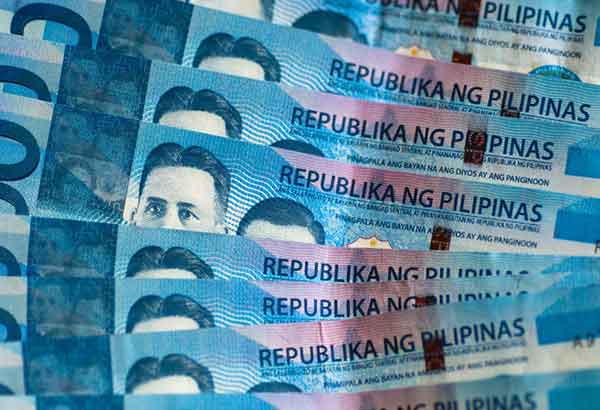 Domestic liquidity or M3, the broadest measure of money supply in the financial system, rose 13.5 percent to 10.7 trillion pesos last month, faster than the 12.8 percent growth recorded in January.

On a monthly seasonally adjusted basis, M3 increased by 1.5%.

Domestic claims jumped 13.8% in February, slightly above the revised 13.6% jump in January on sustained growth in bank lending.

Net foreign holdings of pesos also rose last month, albeit at a slower pace, to 4.6% from 4.9% (revised) the previous month, with foreign currency inflows mainly coming from remittances from Filipinos overseas and business process outsourcing revenue.

In a statement, the BSP said that M3 growth remains in line with the outlook for inflation and prevailing economic activity.

Separately, the BSP said bank lending rose at a slightly faster rate of 19.5% in February. In January, growth was 19.0%.

On a month-to-month basis, credit expansion stood at 1.8%.

Calculated to include reverse repurchase agreements entered into by banks, total lending decelerated to 17.6 percent last month from 18.4 percent.

Disaggregated, the data showed that loans for productive activities increased 18.6 percent, while those for household consumption slowed to 19.9 percent.

“The BSP will continue to ensure that the expansion of domestic credit and liquidity proceeds in line with overall economic growth while remaining in line with the price stability and financial stability objectives of the BSP,” the central bank said. .

The BSP is monitoring the level of the money supply as too much credit could fuel demand, which could fuel inflation and financial bubbles.

When needed, the monetary authority tries to attract more funds for reverse repurchase agreements, where banks buy government securities from the BSP, resulting in a contraction in their level of reserves.

Last month, the central bank announced a 1 percentage point reduction in the amount of reserves lenders need to park with the central bank, a move that could inject around 90 billion pesos into the economy and allow banks to lend more to different sectors.

The reduction in reserves took effect on March 2.