Figures from the Central Bank of Iran (CBI) show that the money supply in the country grew by almost 40% in the year to the end of February.

A breakdown of the figure showed M1 money supply, which includes cash in circulation and check deposits in banks, reached 9,162.4 trillion rials in the year to end February, up 40.5 % compared to the previous year.

The three-digit money supply had risen on average by almost 33% compared to the end of Iran’s fiscal year at the end of March 2021.

The monetary base, i.e. cash in circulation and deposits held by the CBI, increased by 33.2% year-on-year in Iran to reach 5,807.5 trillion rials (more than 21 billion dollars), according to CBI figures.

The bank reiterated its previous statements regarding the impact of several bank mergers and acquisitions that took place over the past year on its money supply calculations, saying they accounted for a 2.6% increase in the annual M3 figure. Iranian in February.

Debts owed to the CBI by private and public banks rose 56% year-on-year at the end of February to 1,859.7 trillion rials, the major lender said. 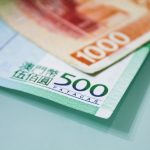